THE ESSENCE OF THE NATIONAL HARMONIZED CUT OFF RELEASED BY JAMB 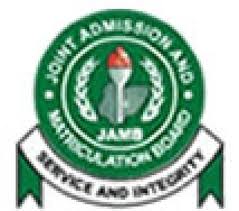 The Joint Admissions and Matriculation Board (JAMB) has released the 2012 Unified Tertiary matriculation Examination (UTME) national cut-off mark, to kick-start admission processes into universities and other tertiary institutions in the country.

Minister of Education, Professor Ruqayyatu Ahmed Rufa’i, who chaired the meeting, urged the various institutions to adhere strictly to admission guidelines, which stipulated a 70:30 ratio for technology and non-technology for ND programmes and 60:40 science/arts ratio for the universities and colleges of education.

She also told them to observe the admission criteria of merit, catchment area and educationally less developed states in the Federal Government’s guidelines.

While commending JAMB for prompt release of the UTME results, the minister urged all the tertiary institutions in the country to establish e-testing centres, where the next UTME could be conducted.

Meanwhile, the Registrar and Chief Executive of JAMB, Professor ‘Dibu Ojerinde, speaking on the occasion, warned private universities in the country against conduct of illegal admissions of students.

For more information, comments or questions click ME  We love your feedbacks. Be a helping hand to others today share  this article  on facebook or twiter. You can now play games and chat with your friends with any social network and email address all in one place at VESTERconcept. You can also invite that special person for a video chat just check out our new installed tool bar below. Finally send the username and password of your choice  and your mobile number through this LINK now to open an account with www.websms247.com and start sending free customize sms now. If you have great skills in writing and knowledge in information technology or related field and you want to share with others CLICK ME. To download lots of hightech softwares from our new software studio CLICK ME. Lastly visit and like us on facebook for updates on our latest on your wall by clicking ME

your world of solutions