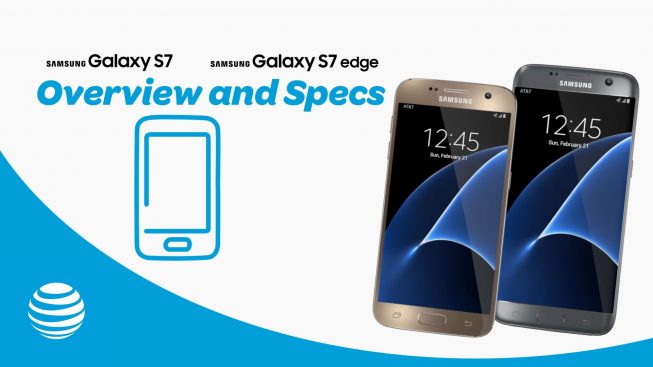 The Samsung Galaxy S7 is a 5.1-inch phone, while the Galaxy S7 edge has had a jump to 5.5-inches, the latter also seems to feature the biggest differences in overall design on a year-to-year basis. Samsung has got rid of the sharper edge and flat back of the Galaxy S6 edge, replacing it with a curved rear that wraps around to meet the edges of the curved screen.

The camera module also sticks out less on this year’s phones, with a protrusion of just 0.46mm to make them more flush. They are both also water and dust proof this time, adhering to the IP68 standard that means they can each survive for up to 30 minutes submerged in water as deep as 1.5 metres. In dimensions and weight terms, the Galaxy S7 edge is 150.9 x 72.6 x 7.7mm and weighs 157g.
The Galaxy S7 edge has a 5.5-inch Super AMOLED screen  – like just about every Samsung phone for many a year – and have a resolution of 2560 x 1440 (Quad HD).
Like the previous Galaxy S6 edge, the latest edge phone has a wrap-around display that curves on either side.
There are two different processors being used by Samsung for different regions.
In various regions, including UK and the rest of Europe, Samsung is using its own latest processor, the Exynos 8 Octa. This is an octa-core (2.3GHz quad, 1.6GHz quad) 64-bit, 14nm processor, with super fast LTE speeds.
Samsung claims that the CPU is 30 per cent faster than the processor in the Galaxy S6 and S6 edge, while the GPU is a whopping 64 per cent faster.
The other model, which we understand to be heading elsewhere, including the US, sports a quad-core 64-bit Qualcomm Snapdragon 820 processor. It also has a boosted GPU and a faster X12 modem for LTE speeds of up to 600Mbps, much like the Exynos SoC.
The latter model will feature Qualcomm’s QuickCharge 2.0 technology (not QuickCharge 3.0, sadly) but has new, faster wired and wireless charging capabilities.
One interesting addition in the phone is a tiny heatsink with water cooling that will keep the GPU temperature down during particularly graphics intensive operations – such as gaming.

There are models with 32GB and 64GB storage options. Samsung has also reintroduced the ability to increase storage by using a microSD card of up to 200GB in size.
It has done so without changing the overall design too, as the SIM slot also doubles as a microSD card slot this time around. The SIM card tray now has two housings – one for a nano SIM, one for a microSD card.
One thing to note about microSD card storage on both the SGS7 and SGS7 edge is that Samsung has opted not to implement adoptable storage as found on Android Marshmallow. This tech enables an external card to act exactly like the internal storage, but it cannot then be used to transfer files or data between devices manually – you can’t take it out of the phone, put it in a PC and back again without the files you are transferring being wiped.
Samsung claims its customers would rather have the option to use the card to copy files between devices.

The Samsung Galaxy S7 has a 3,000mAh battery, while the Galaxy S7 edge has a 3,600mAh battery.
Samsung told us that the latter is capable of playing HD video for 13 hours straight.
One of the new features that Samsung has introduced this year, an always-on display where notifications, time, date or personalised screen are permanently shown on screen even when the phone is off, does not impact the battery much. It uses just 1 per cent of the battery power per hour.
Both batteries have fast charging with wired and wireless options. It depends on which processor is used as to which fast charging technology is implemented, but both feature similar functions.

The camera is one area that has been improved on significantly for this year’s models.
Although the amount of megapixels to be found on the sensor has actually dipped – to 12-megapixels – each pixel is larger this year (1.4um) so its capable of reading more light in any given situation. An aperture of f1.7 has also been achieved.
This is especially important for low light photography, with Samsung claiming that performance in darker locations is far better than ever before.

The new low light abilities work for both stills and video, there’s optical image stabilisation on the rear camera too.
The front-facing camera on both devices uses a conventional 5-megapixel sensor, but also with an f1.7 aperture.